Mrs. Mukhyamantri a story which is based on comedy drama, cute love story and political drama. A young girl (played by Amruta Dhongade) from small town of Satara, who wants to becomes Mrs. Mukhyamantri due to the twist of fate. Her mother dies when she was very young, lives with her Tatya who is drunkard and steals money. She works as a sweet seller. She is hardworking girl who is trying to live for herself.

Sumar Patil(played by Tejas Barve) who is Pilot. Sumar mother(played Rajashree Waad) also wants to become Mrs. Mukhyamantri for once. Suman meets Samar while she locked in a car. Suman misunderstands him as a driver of family. Suman reaches their Bungalow with cake which was order by Anuradha Patil. Anuradha refuse her order. Then, Summan announce the Sarjerao Patil as a next Chief Minister of the State. And then, drama begins from there. We have to see how Suman will be become a Mrs. Mukhyamantri. 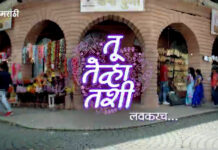 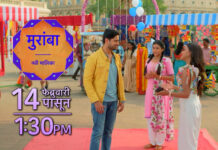