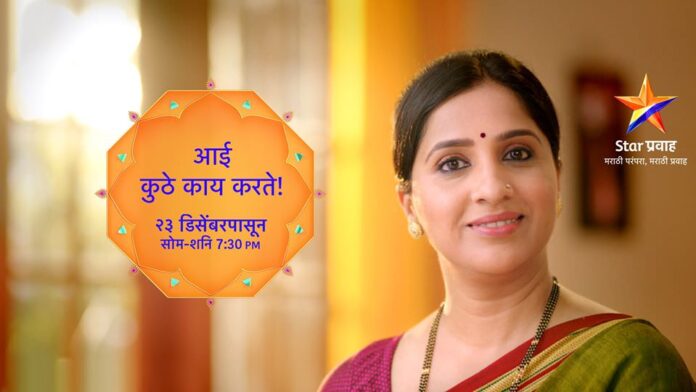 Middle aged housewife Arundhati has dedicated her life for her husband and children. On realising her efforts in vain as nobody recognises and appreciates her works and sacrifice as a housewife, she sets to carve out her own identity.

She realises that her family except for Yash and Appa don't respect her. In Esha's school for competition she takes Sanjana(Anirudh's colleague & love interest) with her by lying about Arundhati's illness, where Arundhati reaches unexpectedly & got Best Mother's title. School authorities offer job to her. She takes it but not able to perform it well due to her family. Here Abhishek, her elder son is in love with Ankita, daughter of very well known doctor couple. Ankita's mother refuses to accept their relation due to education status of Arundhati, because of which Abhishek goes leaving house & agrees to be a Gharjavai but Arundhati bring him back promising to look in matter. After that in his frustrated state Abhishek come to home drunk. Arundhati talks with Revati & she agrees for engagement ceremony of Abhishek & Ankita. Here Sanjana & Anirudh continue their relationship when accidentally Kedar(Anirudh's brother in law) come to know about it, he tries to tell Arundhati but because of blind believe & trust of Arundhati on Anirudh, he just warns Anirudh & stays quite . Yash bumps with a girl name Guari & fell in love with her on first sight, she is Sanjana's niece came from USA . Revati put absurd wish in front of Arundhati to give a single solitaire ring to Ankita, Arundhati buys it for Ankita after selling the jewelry which she got from her mother in her wedding. That ring got stolen later it is revealed that Neelima stole it. A boy name Siddhu harassed Esha, Arundhati takes matter in hand & punishes him. Abhishek & Ankita got engaged but without Arundhati's presence. Sanjana came to Deshmukh house in night along with Nikhil stating that Shekhar had beaten her up Arundhati being kind offers her to stay for some days while Knachan is unhappy with it. When Kedar comes to take Meenu, he comes to know about it & warns Sanjana. Next day due to Sajana's son lie her that Kanchan beats him, Sanjana insults Kanchan.Seeing this Arundhati throw Sanjana out of house. Which create misunderstanding between Aniruddha and Arundhati. Later Aniruddha throw Arundhati out of house at night Arundhati finds her friend Devika, Devika take Arundhati at her house and explains her that her family is taking her granted. After that Arundhati decides to create her separate identity. 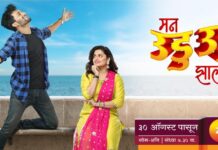 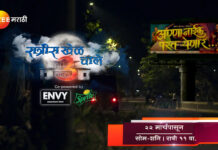 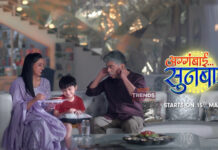